More Misconceptions about Canadian Law and Self Defence 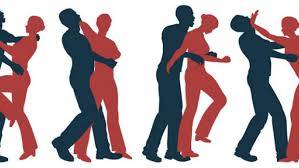 More Misconceptions about Canadian Law and Self Defence

Recently I came across an article by Gary Mauser of SFU, called Armed Self Defense: The Canadian Case. I perused the article and browsed his web site  exposing the fallacies of (Canadian) gun control rhetoric and supposed success. I even got 8 out of 10 correct on his Gun Quiz – missing a date and a total number.

But I had a problem with his use of the Criminal Code which he claimed severely limits our Canadian right to self defence. I think he is wrong. I also have a problem in that he supports his arguments by anecdotal evidence such as in this phrase:

“Another important difference between the United States and Canada is enforcement. Judging from newspaper reports, anyone who uses a weapon in self defense is much more likely to be charged in Canada than would be the case in the United States.”  (page 7 of the pdf version, called page 53 on the page)

The phrase: Judging from newspaper reports, is offensive to me as unbecoming to cogent argument.


On page 6 of the pdf version (called page 52 on the page) of The Canadian Case, he writes:

In section 35, the code goes on to require that one must show that

“he declined further conflict and quitted or retreated from it (the assault) as far as it was feasible to do so before the necessity of preserving himself … arose.”

Mr. Mauser’s implication that this restriction to our right to self defence is universally applied, is wrong. This common misconception I have dealt with in my essay:  Self Defence and Canadian Law: The Need to Retreat.

Section 35 in its entirety clearly limits our need to decline further conflict and quit or retreat as far as it was feasible to do so to the very narrow situation where you started an unjustified assault upon someone and then had to subsequently fight for your life.

This does not limit our right to self defence nor the protection of our family by the use of force or weapons, but merely does not ordinarily allow a claim of self defence when you use force against someone you already assaulted.

And that seems reasonable to me…

Still on page 6, is the quote:

“Moreover, the right to use physical force to defend non-family members is more limited than it is in many American states, as are the Canadians’ rights to repulse trespassers on their own property, or to use force to stop the commission of serious or violent crimes (Viz. sections 24, 40, and 41).”

How this limits our right to protect our families is not yet clear to me.

40. Every one who is in peaceable possession of a dwelling-house, and every one lawfully assisting him or acting under his authority, is justified in using as much force as is necessary to prevent any person from forcibly breaking into or forcibly entering the dwelling-house without lawful authority.

Assault by trespasser
(2) A trespasser who resists an attempt by a person who is in peaceable possession of a dwelling-house or real property, or a person lawfully assisting him or acting under his authority to prevent his entry or to remove him, shall be deemed to commit an assault without justification or provocation.

Since we are justified in using as much force as is necessary to repel those forcibly breaking into or forcibly entering our dwelling (S, 40), I see little limitation to our right of defense of our dwellings. It may be that the use of a firearm from a concealed position against an unlawful intruder may be construed by Canadian Courts as unjustified but this section does not support that meaning.

In  McKay v. The Queen, the Supreme Court said: