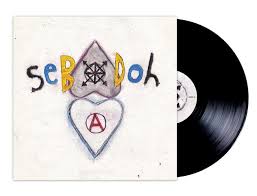 “I know how they were feeling,” he said. “It’s like you wish you could have done more.”

Would things have been different if one of the men or the woman had had a firearm and not been afraid?

“…but she said no one tried to stop him
because he appeared to be dangerous. One fear was that “maybe he had something in his pocket,” she said.”

This relates directly to why I started to train in martial arts back in 1972. I may joke about starting to train so I could beat people up but in fact, I already felt I could handle most situations ok.

Then I got concerned that I had to protect my family. Nor did I want to go to jail because the only option I had in protecting my family might be an illegal over-reaction of excessive force.

until a man with a gun could come and shoot him.

A baby dies because we have been indoctrinated to believe that our use of violent force is somehow wrong even though it may save the life of an innocent.

It is better to be violent, if there is violence in our hearts, than to put on the cloak of nonviolence to cover impotence.

Years ago I decided I would never be helpless in the face of violence against my family. Violent force would not be my first choice nor my desire but I would be able to stop violence by my own hands if needed. This has become extended to the larger community.

“He seemed to be dangerous…”

Are we cowards that we must watch a child die because the killer is dangerous??

In fact I doubt if they were cowardly, just overwhelmed and inadequate in the face of true evil.

I’m with Ghandi on this one; when we are faced with the necessity of violence, calling our impotence non-violence is crass and unworthy.