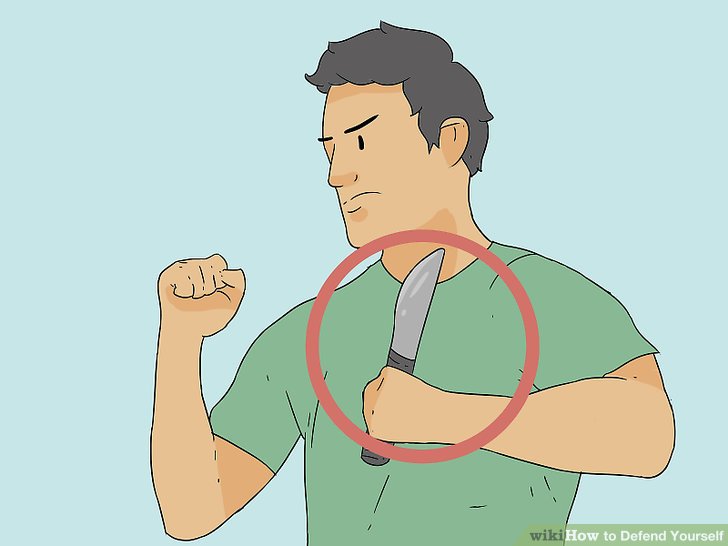 This is a guest article by my good buddy Alain Burrese. You will find a link to his site over to the right but this link will go to his blog, which is informative and interesting.

In my book Hard-Won Wisdom, I wrote about a time in Bangkok, Thailand, where I got off a bus early one morning having taken the night bus from Chang Mai. I was hanging out on Kao San Rd. waiting for places to open up so I could get something to eat and then go find a room to stash my backpack before hitting more sights that day.

I noticed two guys watching and following me. I doubled back the other way. They went on. I sat down on some steps of a local shop waiting for things to open. Bozos are coming back again. (Note, they were not Thai, but from another country.)

As I’m sitting there, they stroll up and start to go up the steps behind me pretending they are going to attempt to look into the shop. I immediately stood up and secured my belongings and kept an eye on them.

Hard-Won Wisdom from the School of Hard Knocks: How to Avoid a Fight and Things to Do When You Can’t or Don’t Want to

Just then, a restaurant across the street opened up the front gate. At the same time, a cab came up and the driver motioned me over to him. I recognized the cab driver as someone who asked me when I first got off the bus if I needed a cab and I had told him I was just waiting to eat something in this area. I went over to see what he wanted and he told me that those two were bad men. I told him I knew that, and I was going to go into the restaurant and eat breakfast. He said that was good. Sort of nice to know there are good honest people out there willing to help a foreigner. I have much respect for cab drivers because of him.

Anyway, bozos still did not get the clue that I knew what they were up to and just didn’t want to be bothered. I was confident with my self-defense skills, but with two of them, you never know. And what if when I was dealing with one the other ran off with my stuff? I just didn’t need the hassle, and awareness and avoidance were my best choices. Anyway, while I’m sitting in that back so I can see all the rest of the table and out to the street, one of the two comes in the same place and sits at the table closest to the street. (for those that have never been there, the entire front of the restaurant was open to the street, sort of like stores in malls that have the big gate that closes rather than a door.)

Anyway, he is sitting there and I notice his friend still loitering across the street. I’m thinking, “You idiots, I know what you are up to, and it is not going to happen. Not with me or anyone else while I’m around, because I will get involved if I see you two target someone else.” I eat my breakfast and they are still there, every so often looking over at me. I see that they are a little jumpy and anxious as I finish my meal. Do I go out and see what happens. Why? I just pulled out my guide book to determine what I wanted to see that day. As I was looking at the guide book, the sun came up higher and more and more people started to be about. Bozos lost their opportunity. They wandered off to who knows where. Probably to sleep since they looked like they “worked” at nights…

One thing I always teach.

If you want more stories and what you can learn from them about violence and fighting, check out my book Hard-Won Wisdom From the School of Hard Knocks: How to Avoid a Fight and Things to Do When You Can’t or Don’t Want To. Buy an autographed copy!